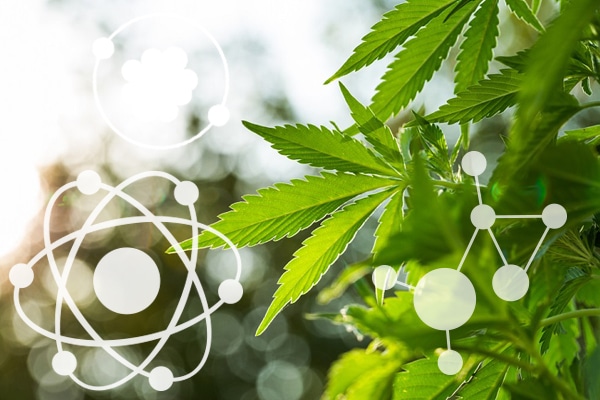 The majority of scientific studies about medical cannabis focus on finding out the effects of the different types of cannabinoids, especially, THC and CBD. The cannabis plant has many more components than their cannabinoids, they have a number other factors like terpenes, that also produce their own effects, or secondary effects.  Limiting research to a single cannabinoid reduces the effectiveness of the plant, because what really stands out from the plant are the effects from the combined elements. However, the results of this combination are different for each person. This interaction between the different compounds of cannabis is known as an entourage effect.

There is limited information about the entourage effect, however, Dr. Ethan Russo from the University of Massachusetts published a study on the synergy of phytocannabinoids and terpenes back in 2011.

Using the entourage effect to enhance the effects of medical cannabis

Several experts consider that the entourage effect is the pillar on which medical cannabis will settle in the future. Why? As we said, the combination of the different elements in the cannabis plant is more effective than cannabinoids alone.

According to the research by Dr Ethan Russo, one of the compounds of cannabis that can increase its potential, is anandamide. This compound stimulates sebocytes production at low concentrations, which play a very important role in many dermatological conditions. However anandamide induces apoptosis at high levels, which means that sebocytes are under the control of the endocannabinoid system. Low doses of CBD were found not to affect the synthesis of sebocytes, but blocked their stimulation by anandamide and arachidonate.

If terpenes are combined with cannabinoids, the effects of the latter can be stronger. Two essential oils are composed primarily of limonene and have been shown to inhibit the bacterium Propionibacterium acnes, (the key pathogen that causes acne), more effectively than triclosan. Similarly linalool demonstrated a complementary anti-inflammatory effect, while pinene was the most effective component of the tea tree and eucalyptus plant in supressing the bacteria that produces acne.

Some studies have also focused on the ability of terpenes to combat methicillin-resistant staphylococcal infections (MRSA), which is a strain of the bacterium staphylococcus aureus which is resistant to different antibiotics. Pinene has been shown to be effective in combating this type of infection and other antibiotic resistant bacteria. In addition, the ability of terpenes to improve skin permeability and the entry of other drugs may further enhance their antibiotic properties.

It is currently known that cannabinoids are useful for treating depression, anxiety, insomnia, dementia and addiction, among others. Russo also addressed these pathologies in his studies and concluded that limonene and linalool could contribute by enhancing the effects of CBD. Similarly, these two terpenes and pinene combined can enhance the positive effects of THC for patients with Alzheimer’s disease and dementia. Linalool, along with caryophyllene and myrcene, may increase the effects of various cannabinoid used for sleep problems. Finally, caryophyllene, myrcene and pinene may be useful for giving additional support when it comes to treating addiction[1].

Sometimes there are pathologies that cannot be treated with just one cannabinoid. The synergy between different cannabinoids also produce the entourage effect, which is very useful for treating diseases in which a single component is not enough. Several research studies explain the main medicinal benefits of cannabis, such as its analgesic effects. However, there are other studies that support CBD and other components of cannabis combined, which can, increase its benefits, reduce adverse effects, and produce less toxicity than with THC alone. The range of effects of phytocannabinoids is very wide which is why it is necessary to continue investigating their therapeutic potentials [2].