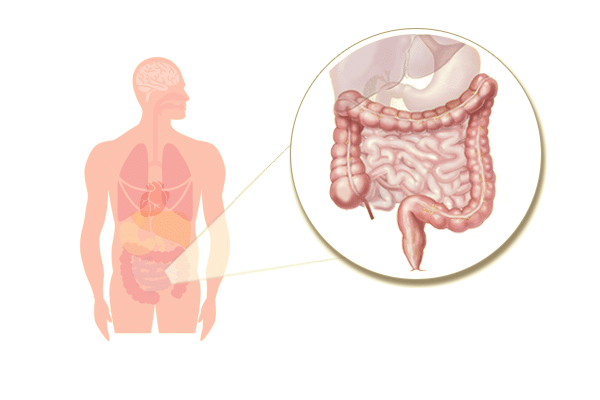 A study conducted in 2016 in Cornell Medical College, New York, focused on finding whether the endocannabinoid system acts as a regulator of immune homeostasis in the gut, as it has been found to control energy balances and food intake, via both central and peripheral mechanisms. Immune homeostasis in the gut is what is responsible for keeping the bodily functions within the gut regulated, which means if it is working properly it will be able to fight off any posed threats or infections. The study was done on mice, due to their similar physiology to humans, so that they could apply these findings to humans.

The main findings were that cannabinoids that are sourced from external factors outside the body, such as the marijuana plant and use the same receptors as the cannabinoids which are produced inside the body, such as anandamide otherwise known as AEA.  AEA is responsible for controlling functions in the gut such as appetite and energy balance, it does this by interacting with the nervous system through the cannabinoid receptors.

Another study conducted in 2004 focused on analysing the involvement of the endogenous cannabinoid system in the development of experimental colitis in mice. Some mice had their CB1 receptors surgically removed, as a result of this the mice were more sensitive to inflammatory attacks, suggesting that the CB1 receptors play a protective role during inflammation. After 24 hours of DNBS treatment the protective role of the endogenous cannabinoid system became more apparent. The data found that this study strongly indicated that the activation of the CB1 receptors and of the endocannabinoid system during early stages is an important physiological step during self-protection of the gut against inflammation.

Both studies have been able to show that the endocannabinoid system and the CB1 and CB2 receptors play a large role in the gut’s immune system, making it less susceptible to inflammatory responses. The results of the studies suggest that there could be a relationship between immune tolerance and energy through these two main receptors and an endogenous ligand.