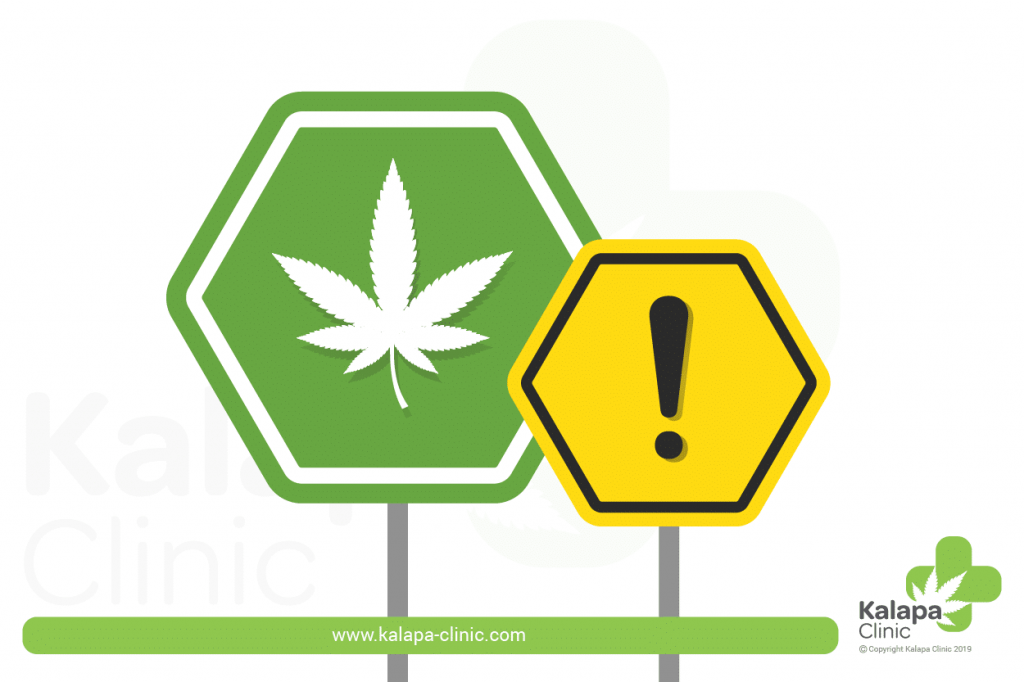 Cannabis can be used for recreational purposes, but it is highly used for its medicinal properties too. However, ‘cannabis overdose’ or the adverse effects of cannabis can be an argued topic given that different people, even professionals, may have different views on this, or it can be completely subjective to the person on how much is too much for them.

In a study with dogs, the minimum lethal dose is greater than 3g/kg. However, a true toxic dose for THC in animals (mg/kg) is difficult to measure due to the different degrees of purity in each cannabis strain and it can also depend on the routes of exposure.

The physical and mental effects of cannabis on the body

There are two main cannabinoid receptors; 1 and 2 (CB1/CB2) in the human body. CB1 causes the majority of tetrahydrocannabinol´s clinical effects (THC).  These effects include mental and physical changes such as interruption of cognition and memory, disrupted motor activities, regulation of nociception (harmful stimuli), nausea, and vomiting.[1]

Another common effect of consuming cannabis is “dry mouth”.  A study in animals has found that CB1 and CB2 activation was associated with the modulation of saliva secretion. Since, both cannabinoid receptors were located in salivary glands. [2]

In addition, “cravings” is another known symptom. After cannabis consumption, the user normally will have a special craving for sweets. Hypoglycaemia, or rapid decreases in blood-glucose levels, are known to be associated with sensations of hunger or increased appetite. However, a study found that this is not the case in cannabis consumption as fasting glucose levels were not significantly different.[3] A different publication indicates that THC might interact with ghrelin, a hormone secreted by the stomach which stimulates appetite. This is how synthetic THC has been approved by the Food and Drug Administration (FDA) as a treatment for people with HIV-induced anorexia due to its appetite-enhancing properties.[4]

However, “most authors conclude that use of cannabis has significant risk for the user in a dose-dependent fashion.” Moreover, here is a list of possible adverse effects of consuming cannabis:

Researchers also note that depending on the cannabinoid administrated, the effect on the cannabis users will be different. Furthermore, these effects of cannabis can be subjective to the user, they may enjoy certain effects such as impaired memory spans, blunted reflexes and alteration of time perception, or, it may be uncomfortable to them.  When the situation becomes too much to handle, this can be a sign of consuming too much cannabis, or, using the wrong type of cannabis.

How dangerous is mixing drugs with cannabis?

On the other hand, cannabis mixed with other drugs is a step towards a dangerous path.  It is normally mixed with alcohol or diazepam which increases its sedative effects, or with other drugs to enhance its euphoric effects. It is often mixed with nicotine, cocaine, opioids or LSD. [5]

Can we detect a harmful amount of THC in the human body?

Detecting a certain amount of impairment from cannabis use is trickier than detecting alcohol due to the complex nature and little research on the dose-effect of the drug. THC is very lipophilic so it goes to areas in the body full of lipids, like fat or the brain, making it more difficult to detect the amount consumed in the blood. The amount in the blood is only an approximate of what is in the brain.

It is assumed that more cannabis equals more impairment due to the similar effects of alcohol. However, there is still not as much clear evidence in cannabis detection as alcohol detection. An article states that saliva testing, which can be done on the side of the road, is the most effective, least invasive and simplest method. The technology is available, but the dose–response data is not.[6]

Despite all of the above, “Marijuana has never been proven to cause a fatal overdose in humans”[7]

In conclusion, adverse effects of cannabis can reach an uncomfortable level to the user, but not fatal. To avoid these adverse reactions, different factors must be taken into account such as the strain of cannabis consumed, the other types of drugs consumed with cannabis, and a possible genetic factor may be related.