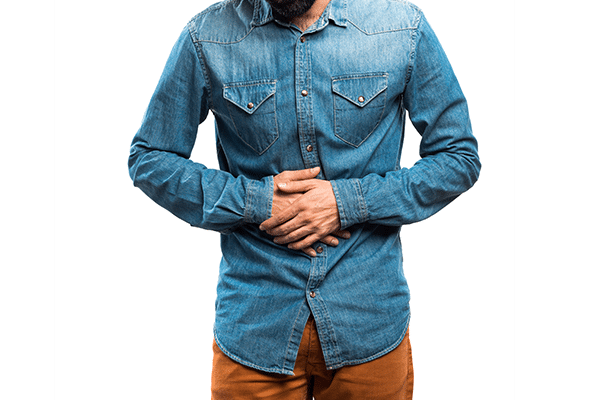 Inflammatory bowel disease groups a set of pathologies that attack the digestive tract. These diseases cause chronic inflammations along the digestive tract, and symptoms may occur in the form of outbreaks throughout the patient’s life. The time between the attacks is variable depending on the severity of the disease as well as the therapy that follows to treat it. It affects both men and women of any age, although it is true that the diagnosis is more common in patients between 20 and 40 years.

Included within the inflammatory bowel disease group is Crohn’s disease, ulcerative colitis, indeterminate colitis, collagen colitis and lymphocytic colitis. Anyone suffering from those included in this group has to follow a lifelong treatment in which the diet is very important.

What beneficial effects does CBD have on inflammatory bowel disease?

In 2004 an article by Dr. Ethan Russo, a neurologist and former chair person of the International Association for Cannabinoid Medicines, was published in which he analyzed whether a deficiency in the endocannabinoid system could explain diseases such as migraines, Fibromyalgia or inflammatory bowel disease, among others. In it, Russo claimed that the latter was the most diagnosed by American gastroenterologists.

In the case of this type of disease, the fact that the endocannabinoid system has a very important function is clear, because the 2-arachidonoylglycerol (a molecule of the receptors CB1 and CB2 of this system) was isolated for the first time in the intestines of dogs. In the article, Russo synthesizes other research showing that a malfunction of the endocannabinoid system can reduce gastrointestinal motility, causing irritation. The studies that Ethan Russo analyses consider that a treatment with cannabinoids would be more effective and less aggressive than other drugs [1].

Russos’ article commented that the cannabidiol (CBD) alone could not offer many positive effects for patients with inflammatory bowel disease, but had to work together with tetrahydrocannabinol (THC). However, other studies have shown that CBD could play a more important role than previously believed.

In a later study the effect of CBD as a modulator of the neuroimmune axis of the intestine was investigated, based on its ability to control both the inflammatory response during intestinal inflammation and the activation of glial cells in nerve tissue, which maintain the integrity of the intestinal mucosa and act as immunocompetent cells against the stimuli that cause the disease. In addition, glial cells can also trigger and perpetuate intestinal inflammation by interacting with other types of cells in the immune system.

The results of the study indicate that the CBD is a key modulating molecule, which can interfere with the interactions of glial cells in an inflammatory bowel environment. Its activity leads to the reduction of the intestinal damage produced during the intestinal inflammatory state, controlling the glial cells during these pathological conditions. These conclusions correlate and broaden the findings proposed that CBD is a potent compound capable of modulating intestinal inflammation [2].

Studies have continued to be carried out in which the beneficial and immunomodulatory effects of CBD have been amply demonstrated in experimental animal models. This research has shown that CBD can slow the course of the disease, improve symptoms, and increase the efficacy of available drugs for the treatment of disorders such as ulcerative colitis or Crohn’s disease. Due to its low toxicity and the absence of undesirable psychotropic effects, CBD may represent a hope for developing a new pharmacological approach aimed at improving the treatment of inflammatory bowel disorders [3].