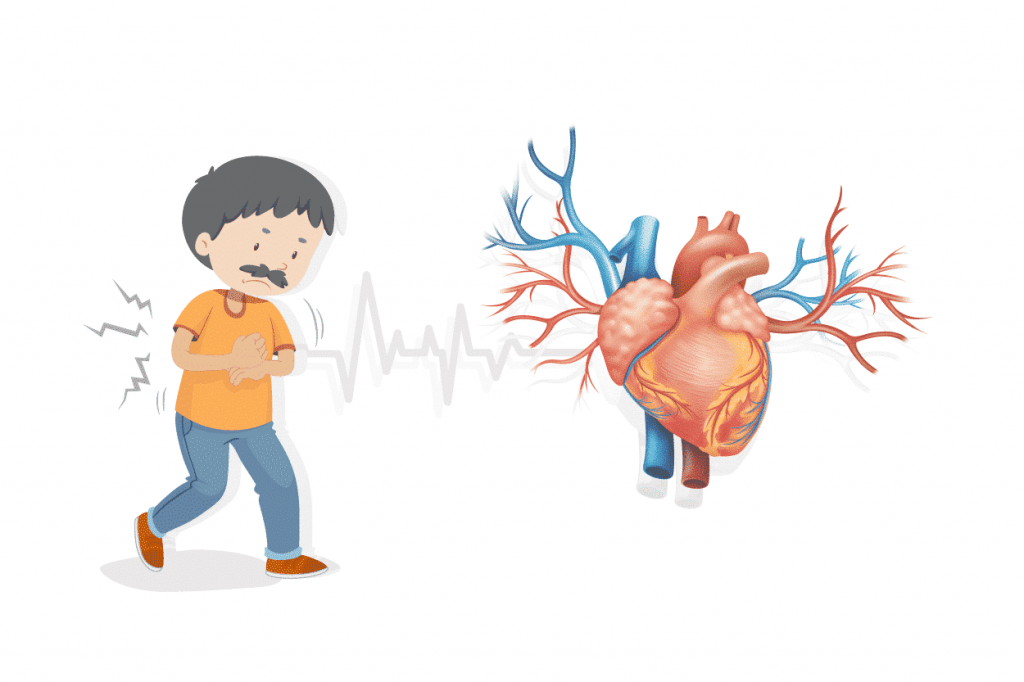 Acute myocardial infarction (AMI), commonly known as a heart attack, happens when blood flow stops or diminishes to a part of the heart muscle, causing damage. Symptoms include heartburn feeling, cold sweat, feeling faint, nausea, feeling tired, shortness of breath and discomfort running into the jaw, back, neck, shoulder or arm. Chest pain in the centre or left side can last more than a few minutes. An AMI may lead to heart failure[1].

The literature reported that the potential relationship between marijuana use and cardiovascular events in older people with coronary heart disease and with tachycardia at rest. Besides, the risk of myocardial infarction increased approximately five times after 1-hour post marijuana smoking when compared to a marijuana non-smoking period.

A multivariable analysis study revealed that marijuana use was associated with a 3-8% increased risk of acute myocardial infarction development[2]. However, the two main cannabinoids contained in the marijuana plant, tetrahydrocannabinol (THC) and cannabidiol (CBD), have agonistic effects on the cardiovascular system (on the isolated heart from an animal´s body). THC decreases in contractile force and coronary flow, and at the same time induces an increased frequency, while CBD increases contractile force and coronary flow, simultaneously but it does not change the heart rate. These effects prevail when CBD is co-administered with THC[3]. However, further investigation is required to establish whether similar response to CBD would be possible in humans.

Based on these results, it is clear that cannabis is not associated with an increased risk, contrary to the assumption that it causes adverse effects after a heart attack. Regarding the spread of cannabis consumption and the results, it seems likely that additional studies should be undertaken to further explore this finding and identify ways in which the use of cannabinoids may be associated with improved and less negative outcomes after a heart attack[4].