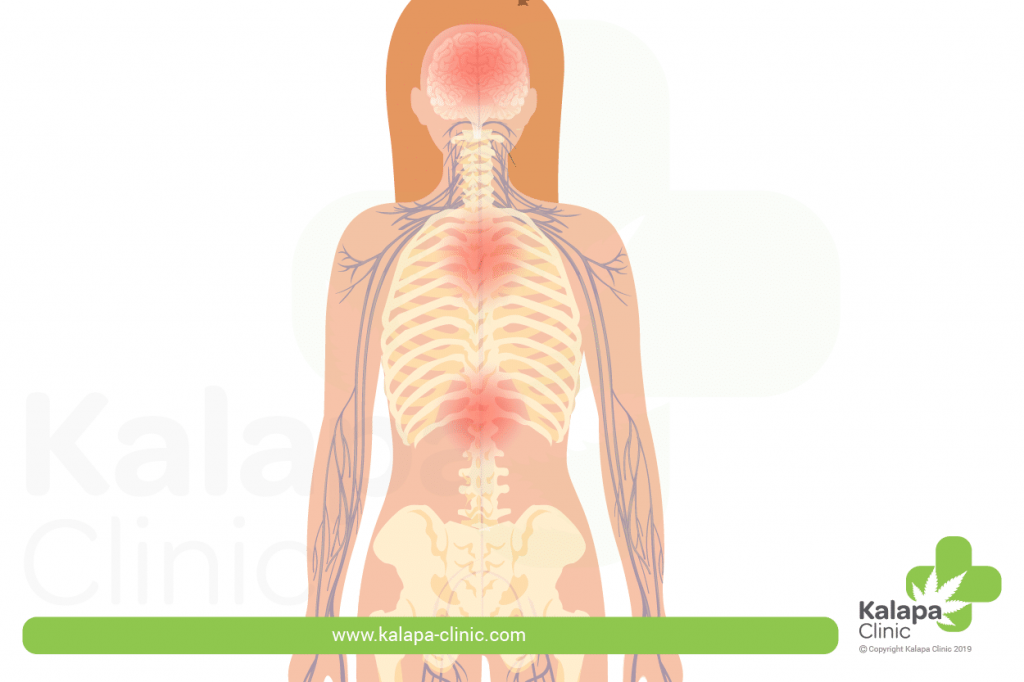 Amyotrophic lateral sclerosis – ALS for short – is a rare and incurable nerve disease. The disease became the focus of public attention mainly due to the physicist Stephen Hawking, who died in March 2018.

In the case of illness, both the upper and lower motoneurons are damaged in different parts of the body.

The causes of the disease are still largely unexplained today. Although an accumulation of the disease can be observed families with a previous history of it, the majority of cases occur spontaneously. Only about one in every hundred patients have an inherited or newly occurring mutation in the genes responsible for cell metabolism.

Causal research sees glutamate toxicity as a possible trigger. Glutamate is a neurotransmitter (messenger substance) that causes the transmission of signals between motor neurons and the central nervous system. Information is transmitted from the brain to the muscles with the help of the messenger substances.

If there is a change in the glutamate receptors or if the glutamate transport is disturbed so that glutamate is released uncontrollably, it can trigger a neurotoxic process. This process could be responsible for the degeneration of the motor nerve cells.

At the beginning of the disease, affected persons develop different symptoms:

As the disease progresses, the muscles also lose mass (muscle atrophy) and paralysis occurs. ALS patients will therefore at some point have to use a wheelchair.

In addition, breathing problems can occur because the respiratory muscles are weakened. Other possible symptoms are difficulty in swallowing and chewing as well as difficulties in speaking.

From the time of diagnosis, the average life expectancy is 3.5 years. However, about one third of those affected live for five years or more.

Amyotrophic lateral sclerosis is not curable. However, the active ingredient riluzole can slow down the progression of the disease. The problem is that this active substance can damage the liver, so that a patient’s liver values must be checked regularly.

For ALS patients, it is advisable to take advantage of occupational therapy and physiotherapy to alleviate the symptoms and maintain mobility. If severe breathing problems occur, a ventilator can be used to support the patient. Breathing exercises are also indicated to strengthen the respiratory muscles.

In the late stages, massive swallowing difficulties can occur due to the paralysis. In order to prevent food from entering the airways and to avoid severe weight loss, patients are given a tube to supply the patient with food and fluid.

The state of studies on Amyotrophic lateral sclerosis and medical cannabis

There are several studies that have investigated the therapeutic potential of medical cannabis in ALS. Researchers at the University of Washington have found that several abnormal physiological processes occur simultaneously in the disease (1). This would require a “multidrug” that has anti-inflammatory, antioxidant and microglia cell modulating effects, among other things. This drug would also have to improve mitochondrial function and prevent apoptosis (cell death).

According to the researchers, the cannabinoids in the cannabis plant could have this potential. In a model using mice, the administration of cannabinoids led to prolonged neuronal cell survival and slower disease progression.

In 2017, the Austrian scientist Gerhard Nahler reported on his patient suffering from ALS (2). Despite drug treatment with riluzole, the disease progressed rapidly. In addition, the patient then received 200 milligrams of cannabidiol (CBD) twice a day and later a dose of 300 milligrams of CBD twice a day.

Nahler explained that the dysphagia (disturbed food intake) as well as the functional disorders of the right hand almost completely regressed after a treatment period of six weeks. These improvements were felt for about ten weeks. Only then did the disease slowly progress again.

Additional treatment with medical cannabis can help to reduce symptoms. Researchers at the University of Washington also describe cannabis as a substance that has a broad spectrum of effects (3). For example, cannabinoids might help relax muscles, bronchodilatation (widen the bronchi), increase appetite and relieve pain.

Other researchers from the University of Washington interviewed 131 Amyotrophic lateral sclerosis patients, 13 of whom had used cannabis in the previous 12 months (4). Although the small number of only 13 patients limits the results, they do indicate a possible therapeutic potential. For example, the 13 ALS patients reported that the symptoms of pain, spasticity, depression and loss of appetite were moderately reduced when using cannabis. Difficulties in swallowing and speaking also improved.

Although the research so far is promising, there is no scientific evidence that medical cannabis has the potential to slow the progression of Amyotrophic lateral sclerosis. However, other studies suggest that the use of medical cannabis can help relieve various symptoms.